The Worldwide Harmonised Light Vehicles Testing Procedure (WLTP) was introduced at the beginning of September last year, yet almost half of carmakers’ model ranges are still not compliant come October 2018.

Despite the new WLTP legislation being made compulsory as of 1st September 2018, many manufacturers are feeling the consequences having failed to comply. Those who have not yet tested their model ranges have experienced a huge knock-on effect with substantial disruption to deliveries in September. Luxury car brand, Audi, have experienced a huge fall in European sales figures by 61% having not been able to sell A4 and A5 vehicles anywhere in the world due to not cohering with the new WLTP legislation.

Sales of many vehicles have been suspended until they have been tested, whilst other variants have been dropped completely and those soon due to be replaced are not going to be tested at all. Furthermore, many car manufacturers have paused production of new vehicles until they have been re-engineered with petrol particulate filters and new engine maps, as per the new legislation.

Volkswagen is another manufacturer that has felt the effects of the new WLTP legislation, with only seven of their 14 top-selling models being compliant come September this year.

The WLTP test is used to measure fuel consumption and CO2 and pollutant emissions from passenger cars. It is based on real-driving data and better matches on-road performance when compared to the old NEDC test, helping to ensure lab measurements better reflect the on-road performance of a vehicle.

How ERA can help

Car manufacturers will continue to see a hefty decline in sale figures so long as vehicles remain unavailable. The question now is what vehicles will they want to keep on the market and how long until they are all tested according to the new WLTP legislation?

Expense Reduction Analysts can help you manage your fleet operations for maximum benefit and minimum cost to you and your employees. Get in touch with our fleet cost management experts today! 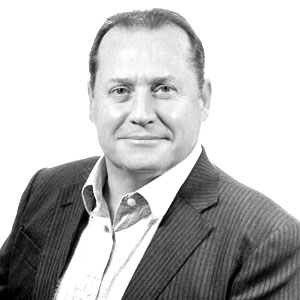 About the Author: Sean Bingham, Sean has headed ERA Fleet Cost Management since early 2009 and has more than 30 years’ experience in fleet operations for cars and light commercial vehicles. Sean has successfully implemented fleet efficiency solutions into more than 100 organisations including large multinationals and Pan European operations.