The European Green Deal has established key objectives for 2030: a 40% reduction in greenhouse effect gases (with respect to 1990 level); a 32% production share of renewable energies and an increase of 32.5% in energy efficiency.

The European Union is very committed in reaching the above goals and going even further: it aims to be climate-neutral by 2050 – an economy with net-zero greenhouse gas emissions. So, most of the companies, if not all, no matter how big or small they are need to start changing their mindset and putting sustainability at the heart of their organization.

The reason is very clear: “black” companies will start losing competitiveness and will disappear if they are not able to transform their business, their values, and their culture. The journey is not easy, no one has said that, and will be challenging. As of September 2021, Europe is facing an energy crisis which is highlighting the need to make the transition as fast as we can.

The surge in gas prices, on which the EU is dependent on other countries such as Russia, is driving electricity prices to never-seen levels. Today more than ever we are seeing the need, as a continent, to have an energetic independence. Renewables energies offer that possibility so we must accelerate the green transition.

So, what needs to be done by thousands of companies all around the continent? It is not a matter of doing many things but doing the right things. As Arthur Schopenhauer said, there is no favorable wind for those who do not know which port they are going to.

The EU is focused on achieving a range of ambitious sustainability targets over the next 20 years. We explore crucial ways business leaders can adopt a mindset of sustainability and generate significant commercial opportunities by being at the forefront of sustainable initiatives. 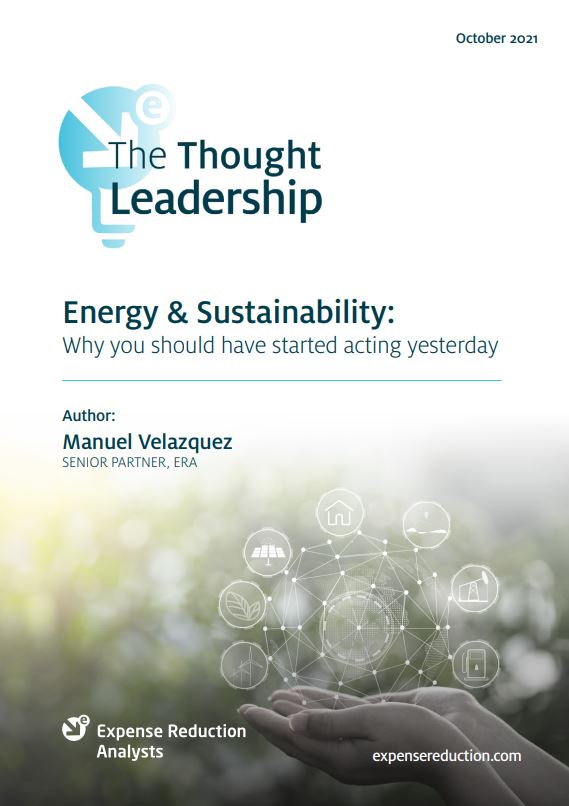 "The most important thing to do is to have a clear why. Company leaders need to find their why and strongly believe in it."

As all Europe is now (October 2021) understanding the dramatic consequences of an energy crisis, leaders with clear vision will understand than being sustainable is also about building stronger and more profitable companies that will successfully navigate in all stormy waters. Let’s act today if you haven’t already done so yesterday.

Companies that set carbon neutrality in their sights are not just aligning themselves with government targets, there are a huge number of other benefits for those who actively put measures in place to combat the climate crisis. Creating new opportunities for clean growth will deliver not only for the environment, but for economies and businesses too.

Sustainability is a mindset change and you need to work from many perspectives. In this issue of Thought Leadership we explore some of the most pivotal issues facing business leaders from an energy perspective. You’ll also find practical advice and recommendations for developing your own sustainability strategy.